Today I travelled up to Dublin and had our first Team Róisín Dubh meeting in person. After months of communication with Stephen it was great to meet him finally. I’ve known Rob for a very long time, as I’ve been buying comics from him since Sub-City opened.

It was the third time we’d scheduled the meeting, because the severe ice and snow during the Christmas period and for the following couple of weeks made travel impossible. 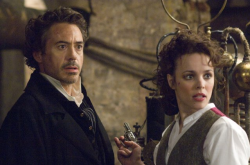 We had a good meeting, discussed how the project was progressing, and of course talked about comics! We also referenced the recent Sherlock Holmes film, which we had all seen and enjoyed. Its look and atmosphere is similar to that in Róisin Dubh – without a 1,400-year-old neamh-mairbh of course!

Stephen had his Macbook with him and showed us artwork he’s been working on. It’s always a pleasure to see how he’s interpreted the script.

I received useful feedback on the second draft of the second chapter, which will necessitate some re-writing on my part, but it will be a better comic for it.

I left Dublin feeling inspired and looking forward to seeing the finished project later in the year. 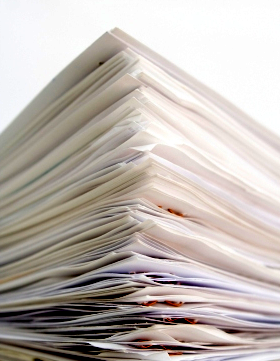 The page count of a comic book is pivotal, and it’s important when writing to hit the target number.

When Róisín Dubh was first envisioned last year it was originally slated for a 3 x 20 page min-series that would be collected into a graphic novel later.

As the project took form Rob re-considered the idea in light of the time and cost involved, and the simple dynamics of the comic book industry. It was decided that we should skip the three one-off comics and go straight to producing a graphic novel. Since the story was already split into three it made sense to present them as three chapters within the graphic novel.

When I was writing the three scripts I had considerable difficulty squeezing all the story elements into twenty pages. When I was into my second drafts of the script this became more difficult, especially when I started to see the initial excellent artwork from Stephen in late December. I didn’t want to have too many pages with 7-9 panels on them, because once you add in the ballons it doesn’t leave a lot of space for the art. After all, this is a visual medium. I could have just about managed with the original page count, but I felt it would be a disservice to the story and the artwork.

Since we were already planning for a graphic novel I pitched the idea to Rob and Stephen that we go for 3 x 22 page chapters. Six extra pages does have a cost and time factor, so I was aware that it might not happen.

Thankfully, I got the green-light from Rob and Stephen. This necessitated me doing a very fast re-write of the first chapter as Stephen was already working on it. Luckily, the changes I made didn’t kick in until after the point where he was drawing.

We’re all a lot happier with the extra space for the characters to realise their adventures.