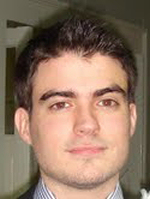 Stephen was born in Dublin, and his life-long love of graphic art led him to a Degree in Animation from the Ballyfermot College of Further Education.

After writing and directing 3 short animated films, he graduated with a First Class Honours Degree in Animation.

He has worked as a storyboard artist on feature films and TV advertisements, as well as lending his talents to design and animate pre-school projects for Disney Online.

Stephen has also regularly appeared on RTÉ’s young peoples’ programmes teaching children how to develop their drawing skills, and was The Den cartoonist for several years.

His expertise in this field led him to illustrating the children’s story The Misadventures of Max, which was written by Emma O’Driscoll. All proceeds from the book go to the BABY MAX-Wings of Love Fund, which raises money for essential medical equipment in children’s hospital wards in Ireland.

Stephen is the artist/writer of the satirical comic strip which appears in The Dubliner Magazine – The Evening Herald‘s weekly magazine.

He currently works as an illustrator for major games companies in Dublin.